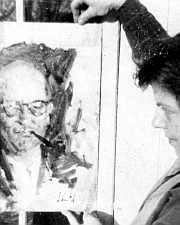 I do not remember past lives; I do not know if I had any or will have future ones. I can not levitate & even if I could it would prove something with regard to gravity but nothing transcendental.

It is desirable not to lose oneself in this field of magic and the false “occult.”

Your “sifting among many of the world’s religions” would not help you unless you recognized that they did not spring from an extension of primitive fertility rites (both sex and agriculture!) but rather, around BC 850 - 500, from INDIVIDUALS who brought direct experience into the various practices so well described by anthropologists like Frazer, Haddon (under whom I studied) and others. 1, 2

They could not verbalize their “experience,” but they did say something -- which was a compromise and thus containing popular, crude & in fact false elements along with some hints of what they could not put into words.

They described the mystery they found as God, Brahman, the Tao, Jehovah & so on. Names merely. Only in experience is the meaning or “referent” known.

So this is WHAT they found.

The next question is HOW they found it & HOW others can find it.

Again there is UNANIMITY world-wide.

(No amount of examination of the outside world, scientific or otherwise will do. Every discovery man makes leads him only to the next & so on without end. Molecules to atoms to protons to mesons -- and what smaller thing will come next ---- Planets to suns to galaxies to a universe ---- Fascinating & endless. In fact the “nature” of things is not arrived at. We find that all is “energy” or “mind” but cannot define such things --- )

Thus the search is into ONESELF: γνῶθι σεαυτόν “know thyself.”

Then it was found all over the world, in all ages, that the SELF acts as an OBSTACLE to the Light coming in. Can we remove the SELF? No! only by dying. But the SELF in itself is not the obstacle, it is the FIERCE CONTENTION of the SELF that it is the FINAL COURT OF APPEAL, the final JUDGE, the “owner” of the organism, the boss, & so forth.

It was found that to remove this DECIDING & JUDGING FUNCTION by a DECISION or a JUDGMENT is RIDICULOUS because we cannot DECIDE NOT TO DECIDE because we are STILL “deciding” even in that.

So people tried austerity, starvation, flogging themselves, sitting in meditation & contemplation so as to forget or drop the deciding function, --- & then found that they were still DECIDING to be austere, to meditate & so forth!!

It is like trying to lift oneself up by one’s own bootstraps or to see one’s eye, or for a sword to cut itself.

Jesus said “with man it is impossible.”

However it wasn’t impossible with Jesus or Gautama & some few people may have had such a strong impulse that little was needed to produce abnegation of the self & surrender of the “I” which leads to the “experience” (of satori, of awakening, of “seeing & knowing God directly”).

Yet for all other people, who are not such heroic figures, a master or guru is necessary.

His function is to help the student to surrender, to the removal of ego-domination, “bossiness” ---

Just as we need an outside point to rest a lever on if we are to move the earth (as Archimedes said) so we need a friend to help our ego-fight FROM AN EXTERIOR POINT OF VIEW FROM OURSELVES.

It is necessary that this “master” be “awakened” himself, because this is NOT a mechanical system and this mystery, this “God” is very much alive, conscious, & directs the process (& everything else) even though in the student it is still HIDDEN. (Our little consciousness hides this big Consciousness like a penny hides the Sun.) 3

3
See essay by Pulyan, "The Penny That Blots Out The Sun"
selfdiscoveryportal.com/PulyanPubs1.htm

Since the ego must be DETHRONED in the student it is a disagreeable, unsatisfying, hard, up-hill process all the way.

Because the definition of “agreeable,” “pleasant” etc. is what we like, what we want, what the “I” desires, what makes it “purr” and happy!

But we wish to act AGAINST it, it is our enemy while it has the boss-complex. It must realize it is an efficient executive officer but not the boss.

Thus the student must do as the master says and agree to do so while the “work” lasts. (Even with a psychotherapist or surgeon or doctor you are in this position.)

The “master” does not ENJOY this task, except in so far as the RESULT is so wonderful if achieved. He is not a sadist, he is not doing this to satisfy his impulses for domination & so forth. The reason is of course that he has been through the mill himself & has had that knocked out of him -- it is the very ego-domination we are discussing. Thus you must only work with an “awakened” person.

Now the Zen Masters are “guaranteed” so to say each by their own Master all the way back to the “Buddha” Gautama (via Hui Neng & Bodhidharma). I accept this, although I do not know the precise nature of their satoris. There is one Master in New York -- Miura Roshi 4 -- but one has first to become a Buddhist properly & then to “work” with him personally. There is NO easy way, no “royal road.”

I myself wish to help everybody but it is no use “casting pearls before swine, AS THEY WILL TURN AND REND YOU.” I try to reach those who are ready & “accessible” to this “work,” but at present I have few correspondents & some of those will I think drop away.

So what is of the greatest value in the whole universe IS NOT DESIRED. Jesus said he “found all men ASLEEP.” He might have added -- “and they resist being awakened.”

I myself recognized the extreme value of this “work” and was very fortunate in finding a brave teacher. I was as obstinate & “smart alecky” as you and for a little coconut I talked very BIG, as do you.

Now you can buy paper backs & other books that have all sorts of fascinating & glittering insights & marvels, you can meet remarkable & interesting people, have many more or less good “friends,” have interesting hobbies and professions or avocations, join various societies & organizations, but I doubt very much if this will ultimately satisfy you or content your restlessness. If it does, well and good.

People wish to sit on their fannies and languidly toy with some doctrine or other. Their contribution in time & attention is the minimum. A push-button system or a pill is their ideal. Sacrifice is not even contemplated but IT IS THE ONLY WAY. There is a price-tag on everything & to get all you must give all; for less you only get a substitute.

My position is a difficult one. I cannot look for students or persuade them because I cannot debauch or debase this great thing by huckstering & advertising methods, but I do wish to meet those who earnestly seek a teacher or master to help them. Such people exist (I was one myself) but most people have been so solicited by creeds & organizations & TV advertising that they are languid & demanding. As for “famous” & well-known men & women they are kept from the truth by the adulation they receive & rarely have genuine humility. Jesus said this & it is so. (Hidden from the “wise” & revealed to the simple.) Nicodemus came to him secretly, by night, & even then was hopelessly confused, as are you or pretend to be. I have however stated the facts so that a child could understand them (& shall not restate them). To humble oneself & find God is all. I will not dangle a carrot by giving you the advantages of the “awakened” life & the dangers of the normal life. If you were a personal friend I meet every day or a relative I should probably be biased enough by affection to stress these things. But you have not yet become a friend & I have not even your photograph & so you are one of 3,000,000,000 people, of whom most are obstinate, dangerous, & unreliable when tested ever so slightly. Indeed they are on the verge of the most awful agony the world (& you) have ever known.

Your letter is mostly dialectic, cool intellectual discussion, & seems to get us no further. How do you expect to “understand” me ultimately? To understand me you would have to have arrived at a certain point yourself. Lao Tse says exactly that. But then so did Jesus. In the parable of the sower he mentions the various types of people & the way they “understand” him -- some like good ground for the “seed” he sowed, some shallow ground, some rocks --

There are very few awakened people around. The horseman rides past the window. One glance -- or you have missed seeing. In later life this could be recognized as a major tragedy. Suppose I was trying to give away a $10,000 bill. Should I hold somebody down, tie his hands and shove it in his pocket & then sew it up? How foolish can people be?

Note: If you are unable to read the Greek characters on this page you may need to install unicode. For instructions see HERE.